From Day of Dragons Wiki
(Redirected from Fire Wyvern)
Jump to: navigation, search

The Inferno Ravager is the first wyvern to be in the game, and the largest dragon in the Beta. Its element is fire, and is is the first of the dragons we've seen in early alpha footage of the game. 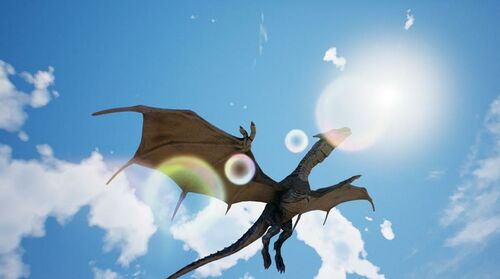 Inferno Ravager's is able to set itself on fire. The ability does not damage the wyvern, and causes fire damage to any dragons that are close or use melee attacks on the wyvern. Using the ability drains the wyvern's bile bar.

The Inferno Ravager can easily injure dragons hiding in tall grass with its special flame body ability. However, this ability is rendered useless against other fire-based creatures, and must resort to using its bite to inflict substantial damage.

There are currently no known official skins for the Inferno Ravager.