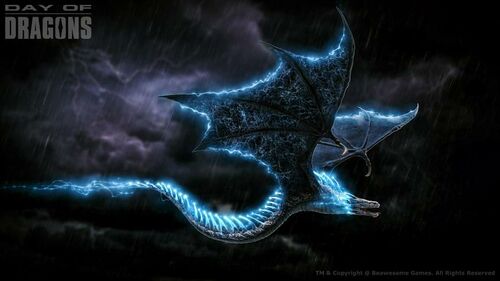 The Blitz Striker is an Amphiptere whose element is lighting.

Blitz Striker special ability is an electric pulse that is charged and then released in a shock-wave that stuns all nearby targets. The stun duration is based on the lightning resistance of the targets. Blitz Strikers are inherently immune themselves.

These are the four currently known skins for the Blitz Striker, not counting the black, gray and white skins; and the oreo skin obtainable via nesting.