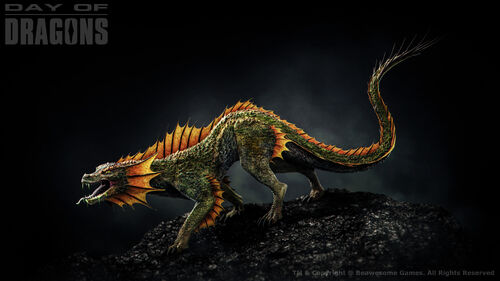 The Acid Spitter was originally supposed to be a pre-release reward for those, who bought the game early; but has been changed into a standalone DLC (not currently available). It's a drake, utilizing the acid element. It will be able to spit acid at other dragons, which will not only deal damage over time, but will additionally lower the various resistances of dragons.

These are the four currently known skins for the Acid Spitter, not counting the black, gray and white skins; and the oreo skin obtainable via nesting